Get the latest creative news from FooBar about art, design and business.

What You Need to Know About a Betting Company

Is Display Packaging Really Necessary For Your Product?

I. Structure and Principle

When we mention the phrase “laser”, the first thing that comes to mind is the cool and powerful laser weapons in science fiction movies. In fact, lasers are widely used not only in the military, but also in medical, illumination, ranging, cutting, IT and other fields.

Because the laser dust sensor uses laser LED as the light source, its structure and circuit are more fastidious than the infrared sensor. When the fine particulate matter in the air reaches the area where the laser beam has been, the laser scattering will occur. And the photoelectric detectors placed in the proper place can only reserve the scattered light, with the electrical signal being generated through the photoelectric effect of the photoelectric detector. After the amplification circuit treatment, the concentration of fine particles can be obtained. And the output signal is generally a digital serial signal. 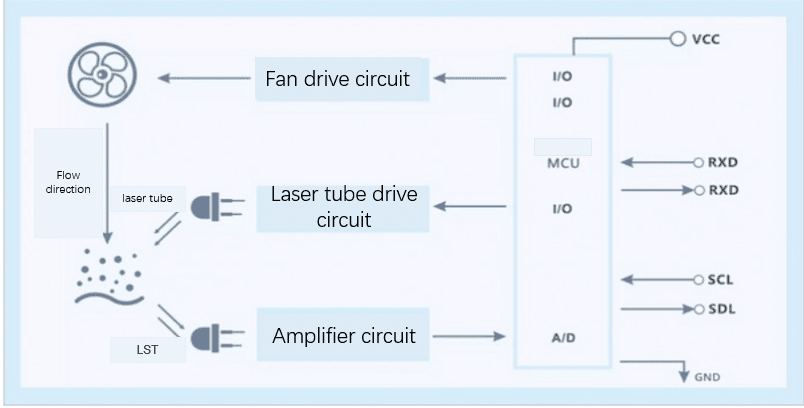 The structure of dust sensors based on the infrared principle is relatively simple. The light source is an infrared LED. According to the light scattering principle, the reflected light LED emits is generated when the light LED emits encounters dust. The photosensitive detector detects the intensity of the reflected light and determines the concentration of the dust in accordance with the size of the pulse signal. When the dust is not detected, the output of the detector is a low pulse. On the contrary, when the dust is detected, the output is a high pulse. The output signal is usually based on an analog PWM signal. 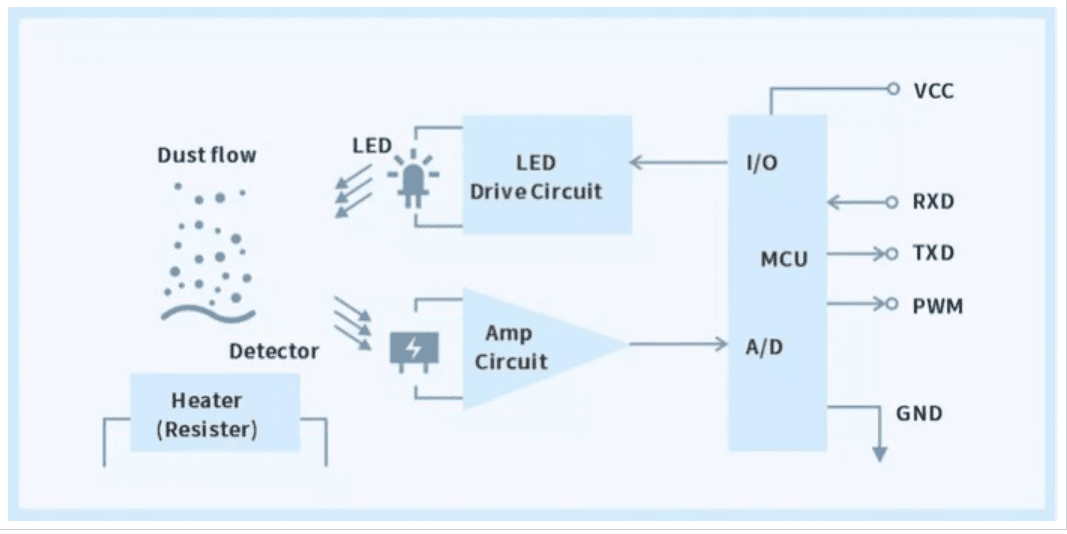 The infrared light source used by the infrared dust sensor has a long wavelength (about 700-900nm), and low measurement accuracy to particles with an aerodynamic diameter of less than 1µm. The particle signal of infrared LED light scattering is weak so that it only has a relatively obvious response to large particles larger than 1µm, and it only uses the heating resistance to push the sampling airflow, so the number of samples is small, and the measurement accuracy is about ±30%.

Laser sensors (Laser of 650nm are commonly applied in Pulse Sensor.) can detect dust particles as small as 0.3µm. Due to the high-performance MCU, they adopt constant-speed fans to increase air intake and collect data with higher density, with the overall measurement accuracy being achieved ±10%. Therefore, the laser dust sensor has obvious advantages in sensitivity, accuracy and consistency compared with the infrared dust sensor.

Due to the lack of accuracy, the infrared principle sensor is mainly used for industrial and mining dust. And the detection object is dust with a large particle size and high concentration. It can not accurately measure the concentration of PM2.5.

The laser principle sensor is mainly used in the PM2.5 detection field to quantify PM2.5 quality with precision. It can be embedded into the household (vehicle, handheld) air detectors and air purifiers. In addition, laser principle sensors are also applied in the fields of Internet of Things data acquisition, environmental quality detection and so on.

Pulse Sensor’s laser particulate matter sensors can be designed in a variety of styles and for various scenarios according to the needs of customers. We have sensors with front & side inlets and outlets (PS5306, PS5307, PS5308). The front, equipped with a mounting and positioning bracket, can be additionally installed with a formaldehyde or TVOC detection module (PS5312). The new PS53013 sensor adopts large-particle dust detection technology (BSP), effectively detecting dust pollutants (such as pollen and sand dust) with particle size greater than 10µm and making the air quality detection of home appliances more intelligent. 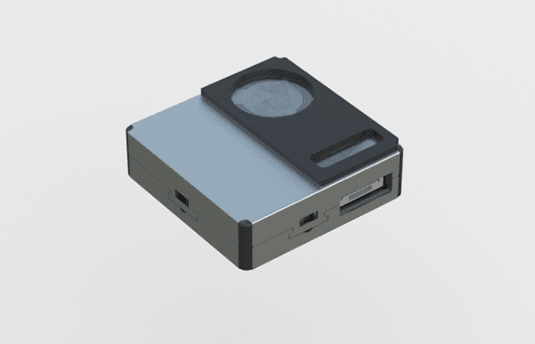 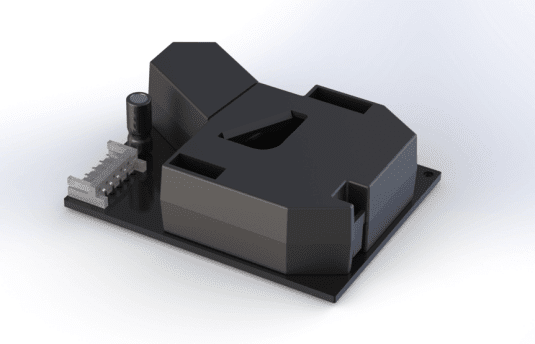 Pulse Dust Gas CO2 Sensors Manufacturer Company is a professional air quality sensors manfuacturer.Our products include laser dust sensors, infrared dust sensors, CO2 sensors, integrated air quality sensors, TVOC sensor modules and formaldehyde sensors. At present, these products are widely used in household appliances, automotive electronics, medical health, industrial monitoring and other fields, and have won the support and love of domestic and foreign markets with their excellent sensitivity, good stability and fast response time. The company has high-precision testing equipment and experienced R & D teams, and caters to the rich and changing production needs through advanced processing technology and highly flexible production configuration. We have implemented a strict product quality standard system, and all products will go through standard testing and inspection before leaving the factory. What's more, we also attach great importance to improving customer service and user experience. Air quality and environmental protection have always been topics that people are very concerned about and are closely related to human health. We hope to protect lives, health and safety by helping to improve air quality. Welcome to contact us! Please visit https://www.pulse-sensors.com

Is Display Packaging Really Necessary For Your Product?

Study MBBS in China| Get Admissions for 2023| China Admission

How to discover the right TikTok influencer for your brand